Born in Milan in 1931, he has been one of the key figures in design in the20th century. From theory and practice. Alessandro Mendini passed at the age of 87, leaving a huge void.

Architect, industrial designer and director of important magazines such as Casabella, Modo and Domus. Promoter of the ˝Radical design˝ movement in the 70s and founder of Studio Alchimia. Guilty of the success of Swatch watches and the golden age of Alessi. It was he who defined the concept of 'post-industrial neo-crafting' which is very similar to what we have been doing at BD since the company was born in 1972, later sponsored by masters such as Álvaro Siza Vieira, Ettore Sottsass and himself. He has always accompanied us and we have always followed his advice: not to lose identity, be indifferent to fashion and seek beauty.

In the happy 80s Mendini designed rugs for BD and exhibitions such as “Zabro, other furniture and objects from the Nuova Alchimia collection” (1986) that were brought to our showroom in Barcelona. In 2019 we wanted show our gratitude again by asking him to do a new piece for our Art Editions Collection, and Alessandro drafted it up with the same enthusiasm as he did in his early years. For us it was a celebration. He named it 'Cristallo'. The master passed away in 2019, and fate wanted it to be the last design he worked on throughout his rich and long professional career. 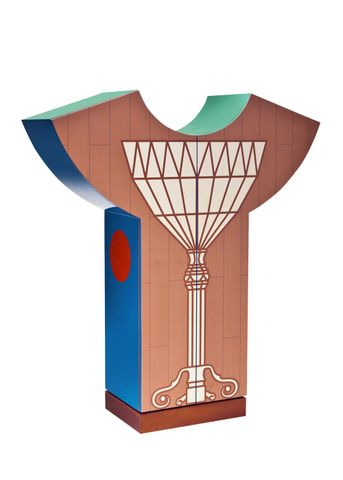