Cristian Zuzunaga (Barcelona, 1978) - an atypical designer with a graphic art profile having a language of it’s own, the key being the pixel which has given him fame and international recognition.

Born in Spain but settled in London for more than a decade, of a Catalan mother and Peruvian father; multiculturalism is its landmark. He studied Graphic Design but was always very interested in the world of biology, a discipline that he applied to his own field of work. Throughout his intense professional career, we cannot pigeonhole Zuzunaga into a single area, but rather he explores all the arts seeking the best expression in each of them, from sculpture, photography, textile design to typography, furniture or printing.

Zuzunaga's backbone is the use of color as well as architecture, strongly influenced by Eastern and Western philosophy and always understanding the urban environment in which its design is framed. In 2010 he founded his own brand-studio, in which you can see all these values ​​that he prints to each and every one of his designs. 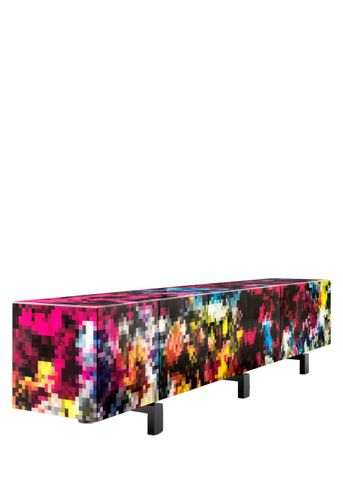